In his keynote speech to the Tory conference in Birmingham, Phillip Hammond threatened to impose a new digital services tax targetting internet giants.

The Chancellor hopes to make it harder for companies such as Amazon to avoid taxation and says more must be done to ensure they pay their fair share of the public services.

“Just as, in late 19th century America, concerns about the near-monopoly of Standard Oil and the railroad cartels led to the introduction of the world’s first anti-monopolies legislation, so today, the expansion of the global tech giants and digital platforms, while of course bringing huge benefits to consumers, raises new questions about whether too much power is being concentrated in too few global technology businesses,” he said at the party conference.

“That is why I have asked President Obama’s former chief economist, Jason Furman, to lead an expert panel to review the UK’s competition regime, to ensure it is fit for the digital era. And it isn’t just competition policy that needs updating. We can tell them how we have led the debate on reforming the international tax system for the digital economy, insisting that the global internet giants must contribute fairly to funding our public services.”

“And let me be clear today: the best way to tax international companies is through international agreements, but the time for talking is coming to an end and the stalling has to stop. If we cannot reach agreement the UK will go it alone with a digital services tax of its own,” he added.

However, industry experts have warned that a new digital tax will not affect tech giants but damage British tech startups.

Dom Hallas from The Coalition for a Digital Economy said: “The tech giants Hammond claims to be targeting are in fact best placed to deal with an increased tax burden. The true cost will be in hurting innovative British companies who want to develop at home then grow globally.”

Carolyn Fairbairn, the director general of the Confederation of British Industry, also warned about the potential impacts a digital tax would have for smaller companies based in the UK.

“All businesses are increasingly digital,” she said, adding that done improperly, the new tax could affect startups rather than the tech giants it was aimed for. 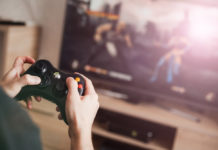 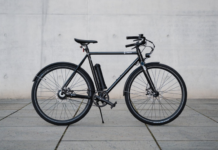 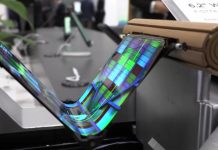